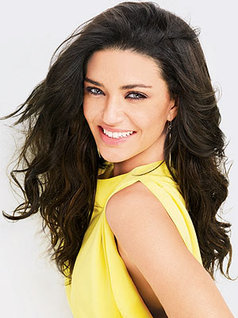 Vanessa Abrams is the daughter of Gabriela Abrams and the best friend of Dan Humphrey. She, as well as Jenny Humphrey and Eric Van der woodsen, leave the show in season 4. In season 1 Vanessa shows up unexpectedly at the masked ball telling Dan that he told her he loved her. Dan then replies saying "I loved you" and walks away with Serena. Vanessa shows up at Blair's birthday party and Blair immediately hates her. Serena then tells Dan that she will compete against Vanessa in guitar hero, but not for him. Vanessa then apologizes to Serena and they become friends. In season 1 Vanessa meets Nate and the two start dating. Blair then becomes very jealous of Vanessa and gets Chuck to seduce Vanessa. Nate, realizing he still has feelings for Blair, dumps Vanessa and Blair, who knew Chuck and feelings for her, decided to get back together with Nate. Chuck then teams up with Vanessa and the two hook up. In season 3, Vanessa attends NYU alongside Blair and Dan. She and Dan realize that they're not over each other and decide to date. In season 4, Vanessa decides she's had enough of the people on the upper east side scheming and lying and having no consequences. She teams up with Juliette Sharpe, a girl who wanted to destroy Serena, and Jenny Humphrey who was sick of being pushed around by Chuck and Blair. At the end of season 4, Serena, Nate, Blair and Chuck (the non-judging breakfast club) run Vanessa out of New York. She guest stars in the last episode of season 6 showing her in an apartment reading gossip girl and realizing it was Dan all along!
Vanessa's Relationships - (she had a one night stand with Chuck Bass)
Powered by